The Science and Industry Museum in Manchester has added objects to the Science Museum Group Collection from the 2012 campaign to posthumously pardon mathematician, Alan Turing, in order to save them for the nation.

Objects include placards carried by campaigners at Manchester’s Gay Pride Parade, a framed Private Members’ bill, and badges and beer mats given out to raise awareness of the cause. 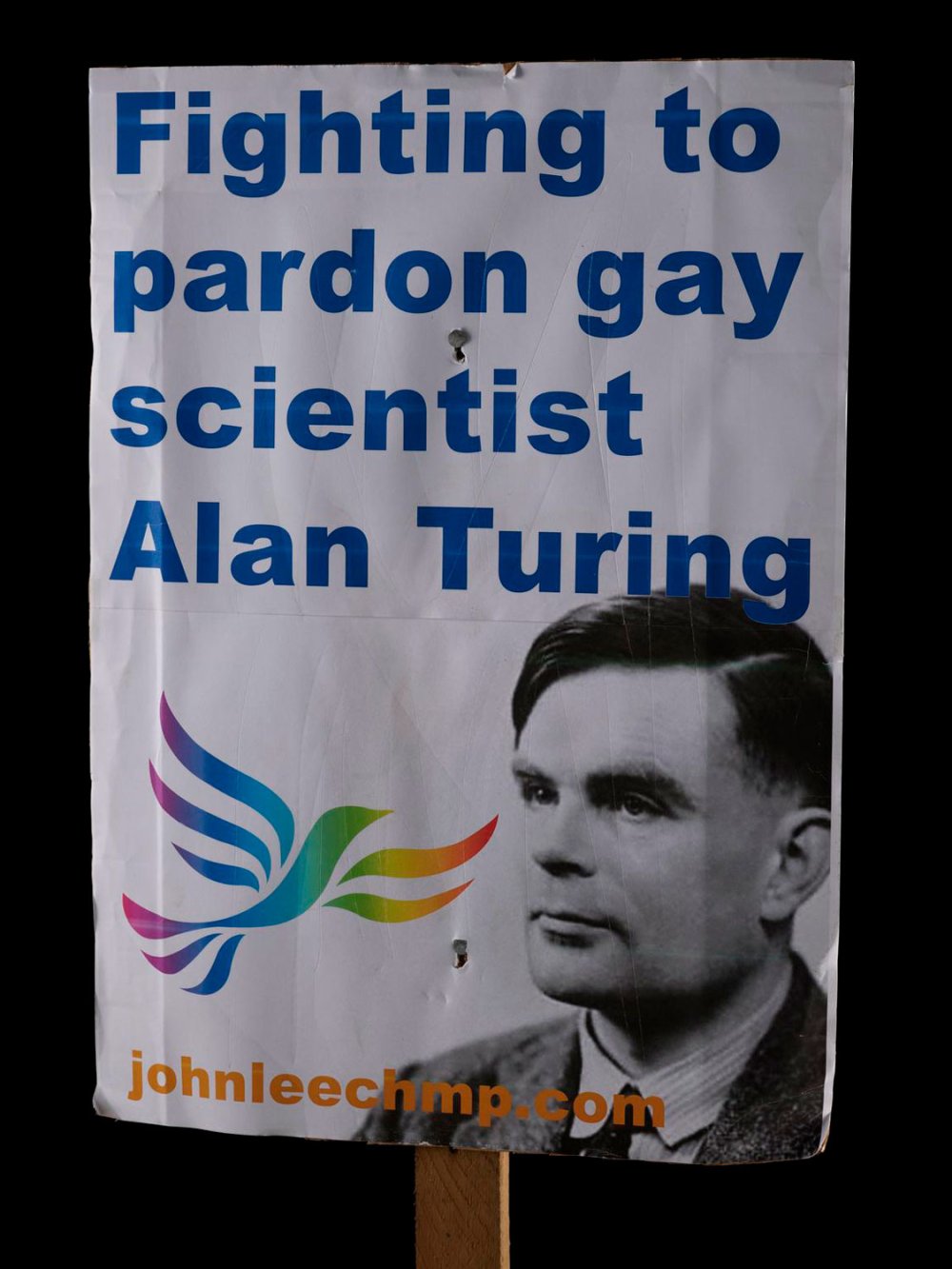 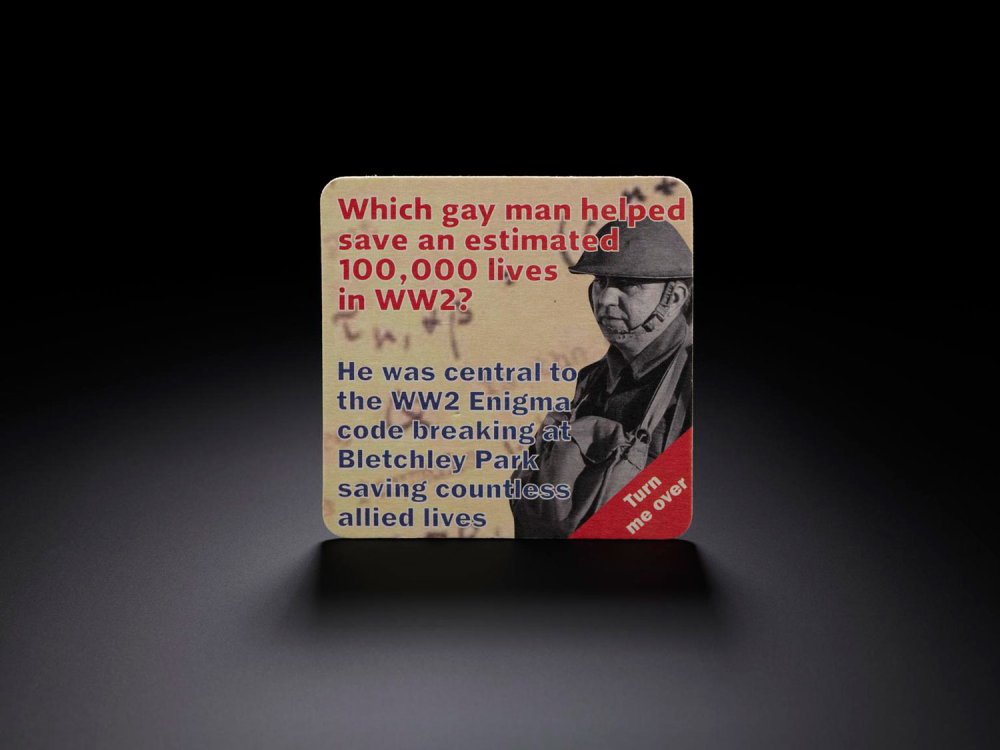 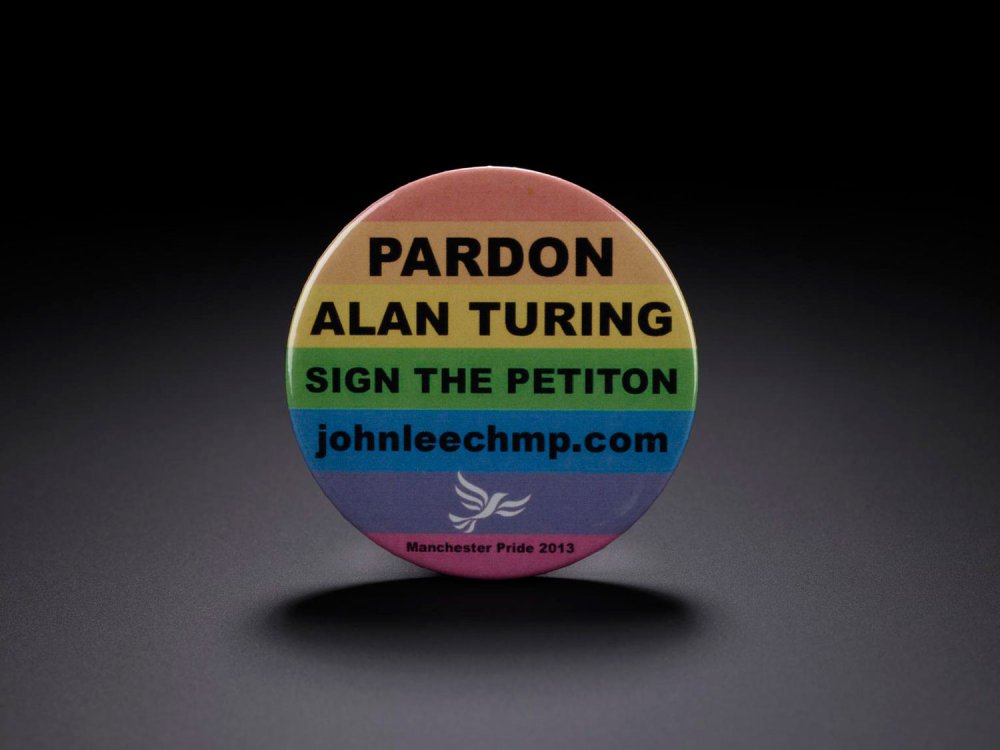 Intrinsically linked to Manchester—a city where some of his most important work took place and where he was Deputy Director of the University of Manchester’s Computing Machine Laboratory, Turing was a pioneer of modern computing and his work with the British Intelligence Service at Bletchley Park during the Second World War led to the breaking of the German Enigma code. Despite his astonishing contributions, he was convicted for gross indecency in 1952, at a time when homosexuality was illegal in the UK.

In 2012, a campaign spearheaded by then Liberal Democrat MP for Manchester Withington, John Leech, and backed by numerous influential scientists and politicians as well as the Science Museum Group, fought for the overturning of Turing's gross indecency conviction. This led to a royal pardon in 2013 and the government acknowledging the discriminatory and unjust treatment Alan Turing received under the laws of the time.

"I’m delighted that the Science and Industry Museum is celebrating Alan Turing and his heroic work whilst faithfully underscoring his unjust treatment.

"When our campaign to pardon Turing, and the 75,000 other men and women convicted of homosexuality, began over a decade ago, I could never have imagined that I would see our campaign materials in a museum. It really does feel like the final piece in the puzzle of what has been an exhausting and emotional ten years. It is a fitting tribute to a man whose work undoubtedly changed the course of history.

"I hope that by adding our items to the Science Museum Group Collection, it will serve as a stark and frankly painful reminder of what we lost in Turing, and what we risk when we allow that kind of hateful ideology to win.

"I’m grateful to the museum for choosing to recognise Turing, our campaign and I’m overwhelmed that this is finally coming to a positive end. I’d also like to thank everyone across Parliament, Manchester, all my colleagues and friends who joined our fight—I know that this too will be a deeply profound and emotional day for you."

The Alan Turing pardon campaign items have been added to the Science Museum Group Collection, which provides a permanent record of the impact of science, technology, engineering and medicine on our lives. The material joins objects relating to some of Turing’s most significant achievements in mathematics and computing, including the 'Pilot ACE'—the world’s first general purpose computer—archive material and components from the Ferranti Mark 1.

"We are very glad to add these items to our collection. Alan Turing was one of the 20th century’s most influential thinkers. As well as celebrating his achievements in mathematics and computing, it is equally important that we tell the story of the discrimination he faced in his lifetime, and the campaign that led to the overturning of his wrongful conviction.

"Here at the Science and Industry Museum we are proud of the city’s connection to Turing and in 2019, we were honoured to host the unveiling of the new £50 note on which he features. This new collection will enable us to tell a more complete story about Turing’s life and the discrimination he faced and show how the legacy of his life—and suffering—stretches beyond his achievements in mathematics and computing."

Material from the Alan Turing collection will go on display in a future gallery at the Science and Industry Museum and is available now to explore via the Science Museum Group's online collection.

For more information, interviews and images please contact Rachel Conway at rachel.conway@scienceandindustrymuseum.org.uk or on 0161 696 7785.