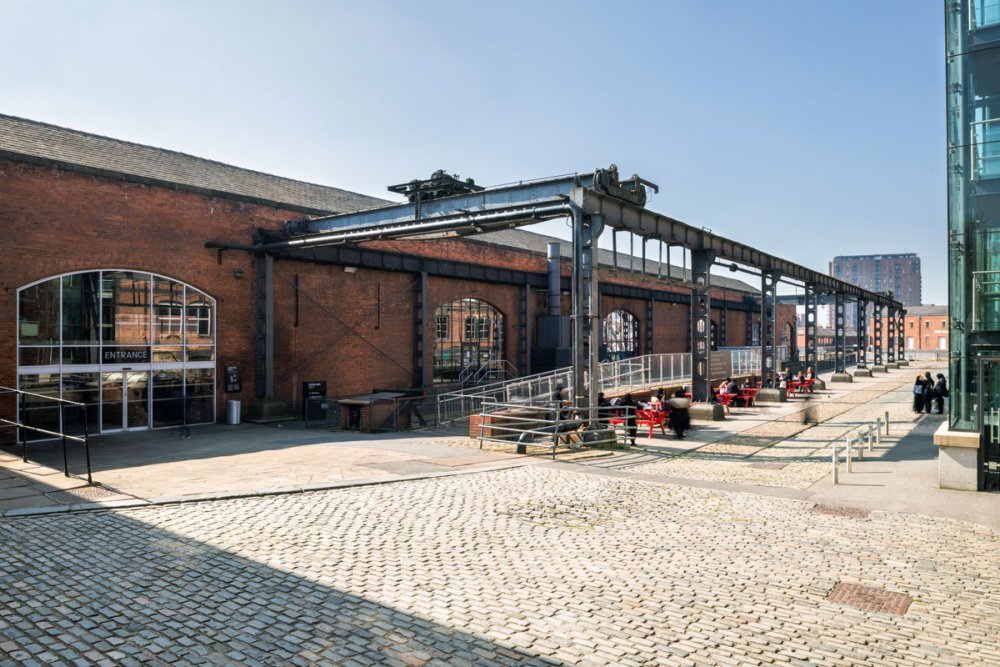 The Science and Industry Museum will this week start to take receipt of over 1,000 tons of materials as major repair work begins to restore the globally important Grade II listed Power Hall, to be complete by Summer 2021.

The rest of the museum will remain open with an ongoing programme of special exhibitions, experiences and events.

Scaffolding will start to rise across the historic structure over the next few months, taking over 18,500 working hours to erect 1,220 metres of specialist alloy beams for the roof, which, laid end to end, would be the equivalent of 10 football pitches. The scale of the construction of the scaffolding is so great that every scaffold product laid end to end would cover the distance to the National Railway Museum in York… and back again. The total weight of all the materials combined is 275 Stephenson's Rockets or 500 elephants.

One of the most beloved industrial heritage galleries in the country, the Power Hall houses Europe's largest collection of working steam engines, the majority of which were built in Manchester.

Built in 1855 as the shipping shed for Liverpool Road Station, the world's first purpose-built passenger railway station, the Power Hall has received £6m from the Department of Digital, Culture, Media and Sport and additional funding from the Science Museum Group to facilitate urgent and major repairs to the roof and a re-display of the gallery content to show how Manchester changed the world.

Sally MacDonald, Director of the Science and Industry Museum said:

"this multi-sensory gallery, full of the sounds of machines, the whistle and smell of steam and incredible personal stories will show how Manchester provided the power that changed the city and the world—from the way we work to the consumer society we live in. In revealing more about the human skill and ingenuity of the past, we can't wait to inspire the engineers and innovators of the future."

The Power Hall restoration is part of a larger, multi-million-pound long-term plan for the Science and Industry Museum. This will allow vital restoration and conservation work across the seven-acre site, open up new spaces (including a new Special Exhibitions Gallery opening in Autumn 2020, which will originate and host some of the world's best science exhibitions) create a more sustainable museum and establish the Science and Industry Museum as a beacon for contemporary science and major cultural destination in the coming years.

For further information, contact Gemma Gibb, Head of Communications and Advocacy at the Science and Industry Museum on 0161 696 7780 or email gemma.gibb@scienceandindustrymuseum.org.uk.

The Science and Industry Museum tells the story of where science met industry and the modern world began. Manchester was one of the first global industrial cities, and its epic rise, decline and resurrection has been echoed in countless other cities around the world. From textiles to computers, the objects and documents on display in the museum tell stories of everyday life over the last 200 years, from light bulbs to locomotives.  The museum's mission is to inspire all its visitors, including future scientists and inventors, with the story of how ideas can change the world, from the industrial revolution to today and beyond.

The Science and Industry Museum site is on the site of the Liverpool Road Station terminus of the Liverpool Manchester Railway, the world's first purpose-built passenger railway. Among its internationally significant buildings are the world's first passenger railway station and the oldest existing railway goods warehouse. In total there are two Grade I listed buildings and four Grade II listed buildings on the site.