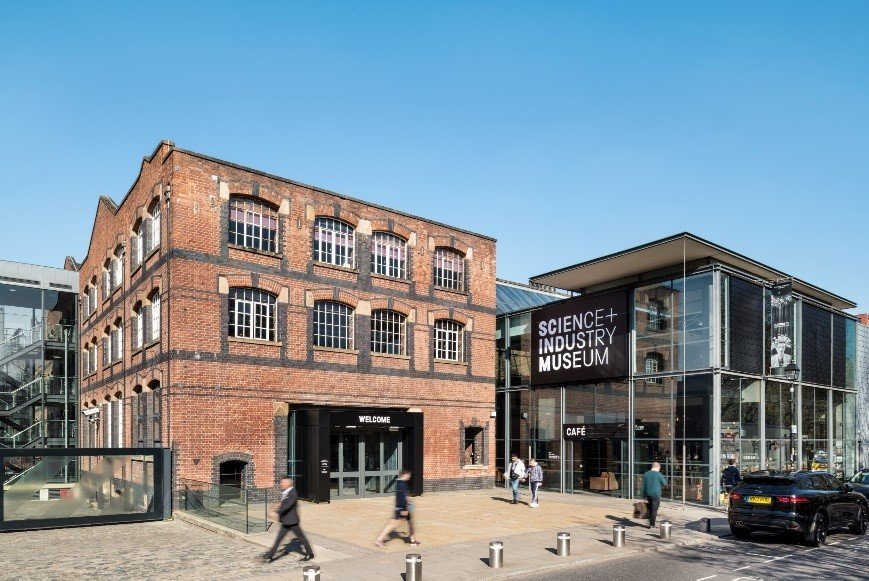 Planning permission has been granted for the new Special Exhibitions Gallery at the Science and Industry Museum.

The new gallery, which is being designed by award-winning architects Carmody Groarke, will be built in the Grade II listed New Warehouse, the museum's main building and arrival point. It will provide an international-standard space for temporary exhibitions to be shown in Manchester, while simultaneously showing off the beauty of the historic Warehouse basement and Colonnaded Viaduct.

It is part of a huge programme of work to conserve and improve the internationally important industrial heritage site which houses the museum.

The Special Exhibitions Gallery will be built on the lower ground floor of the museum, in a space that is currently used to store collections objects. These will be rehoused in the Science Museum Group's state-of-the-art National Collections Centre facility in Wiltshire.

Sally MacDonald, Director of the Science and Industry Museum, said:

"The Special Exhibitions Gallery will be a spectacular space for us to be able to put on incredible and inspiring exhibitions. The warehouse space with its beautiful brickwork ceiling and historic importance is the ideal location for exhibitions that tell the story of the world’s first industrial city, and the ideas that were born here and which changed the world.

"Alongside the great changes to the St John's neighbourhood, and development of the Factory arts venue, we are in one of the most exciting parts of Manchester right now. This work will ensure the museum is a key cultural destination that the city can be proud of."

The Science and Industry Museum is on the site of the Liverpool Road Station terminus of the Liverpool and Manchester Railway, the world’s first purpose-built passenger railway. Among its globally important buildings are the world’s first passenger railway station and the oldest existing railway goods warehouse. In total there are two Grade I listed buildings and four Grade II listed buildings on the site.