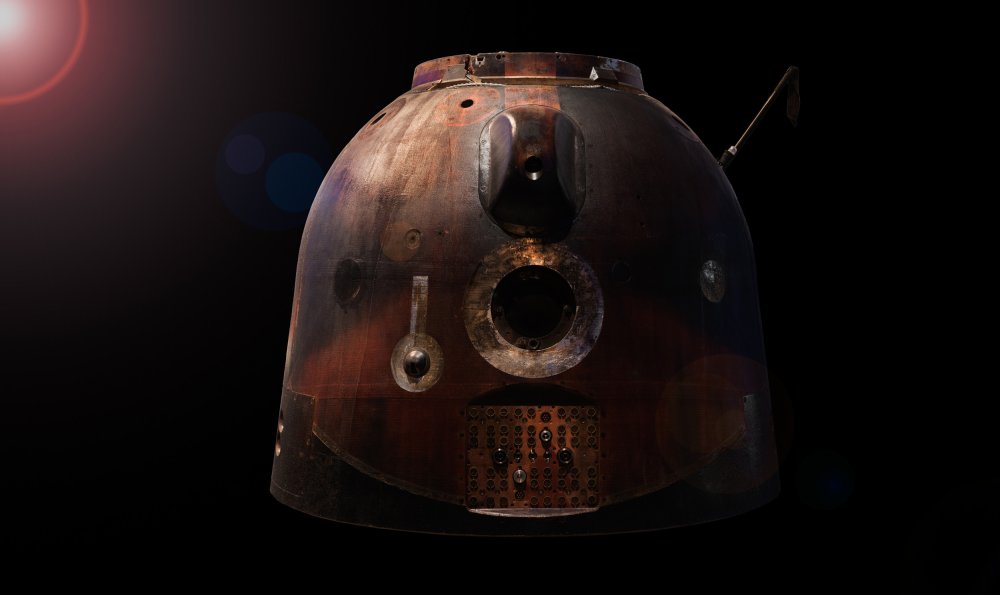 The spacecraft that brought European Space Agency astronaut Tim Peake safely back to earth following his time on the International Space Station is to go on public display in Manchester on Saturday March 10.

The Soyuz TMA-19M capsule was used by Tim for his Principia Mission, and will be on display at the Museum of Science and Industry until Sunday May 13.

The visit is part of an epic national tour presented by global technology innovators Samsung and the Science Museum Group, which includes the Museum of Science and Industry. The tour also includes the Space Descent virtual reality adventure, which can be experienced at the museum now. Space Descent VR uses Samsung Gear VR technology to place visitors right at the heart of Tim Peake’s journey from the International Space Station back to Earth.

A special, space-themed late event for over-18s only will take place on Wednesday, March 14.

Tim said: "I’m particularly happy that people up and down the UK now have the opportunity to discover more about my Principia mission and space travel, and that the Science Museum Group—with the support of Samsung—are doing so much to inspire the public and schools in this tour."

Sally MacDonald, Director of the Museum of Science and Industry, said: "The Soyuz is an iconic item, and I am very excited that the Museum of Science and Industry is part of this incredible tour. We know our visitors have followed Tim Peake’s adventures closely, and this will be a fantastic opportunity for them to see first-hand the capsule that was part of his important mission. Manchester is the home of industry and innovation, and what could be a greater symbol of that than this important piece of the history of space travel?"

Ian Blatchford, Director of the Science Museum Group said: "This is the first time the Science Museum Group has toured one of its objects around the country, and what better object than the craft that brought Tim Peake safely back from space? I’m particularly pleased that this tour will reach every one of our museums between London and County Durham to inspire visitors of all ages to engage with the science of space exploration."

James Eadie, Brand and Communications Director of Samsung Electronics UK and Ireland, said: "We are proud to partner with the Science Museum Group as we share a strong belief that instilling a sense of curiosity lies at the heart of life-long learning. Space and space travel is clearly a subject that inspires curiosity from a young age, and with a sense of wonder that often doesn't leave us. We are also working with the Science Museum Group in their education outreach programme. With the help of the Tim Peake Space Descent VR Experience Tour Bus, over the next two years a unique training programme will be visiting schools across the UK to engage young people in STEM subjects."

Launched during the UK-Russia Year of Science and Education, The National Tour of Tim Peake’s Spacecraft celebrates the truly global effort behind modern space exploration. Manufactured by RSC Energia for ROSCOSMOS the Russian Space Agency, the Soyuz tells the story of the UK’s first European Space Agency astronaut’s journey to the International Space Station.

It was acquired for the nation by the Science Museum Group in December 2016 and is the first flown human rated spacecraft in the UK’s national space technology collection. Space Descent VR, the stunning virtual reality journey voiced by Tim Peake himself, will accompany the touring exhibition and enable people all over the UK to experience in first-person the high-speed descent to Earth from the International Space Station.

The Soyuz is free to visit at all venues, and visitors aged 13 and over can try the Samsung VR experience for £6.

● The crew was part of Expeditions 46 and 47 to the International Space Station.

● The outer surfaces have been charred by temperatures of around 1,500 degrees Celsius experienced during atmospheric re-entry.

Marking the 110th birthday of legendary Russian space chief Sergei Korolev and the the UK-Russia Year of Science and Education, the display of Soyuz TMA-19M celebrates the truly global effort behind space exploration today. Manufactured by RSC Energia for ROSCOSMOS the Russian Space Agency, the Soyuz tells the story of the UK’s first European Space Agency (ESA) astronaut’s journey to the International Space Station (ISS).