The announcement came at the Museum of Science and Industry in Manchester, where the Sokol space suit worn by Peake during his Principia mission to the International Space Station (ISS) is to be unveiled to the public for the first time. 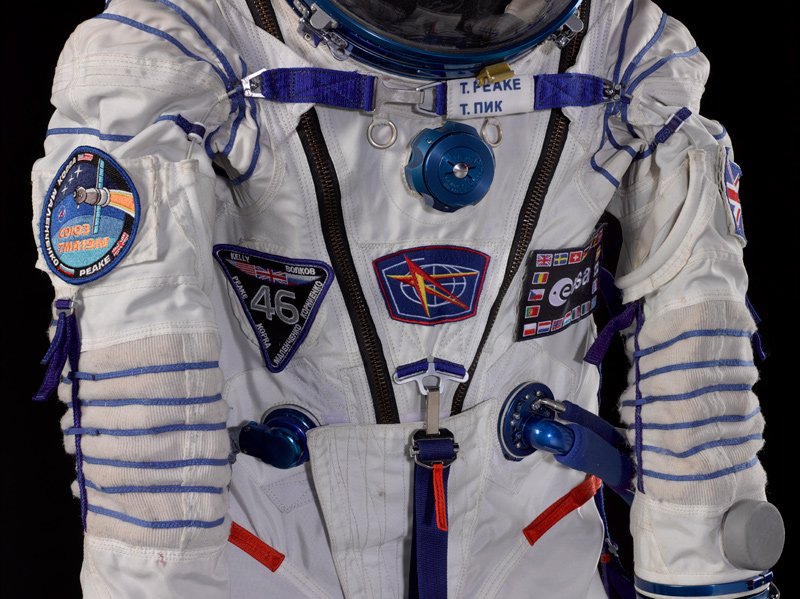 The Sokol KV-2 emergency suit, which has been acquired on behalf of the nation for the Science Museum Group Collection, joins the UK tour presented by global technology innovators Samsung and the Science Museum Group. The suit will be on display from Saturday 10 March alongside Tim Peake’s spacecraft, Soyuz TMA-19M, and Space Descent VR—a unique virtual reality adventure using Samsung Gear VR technology that places visitors right at the heart of Tim Peake’s journey from the ISS back to Earth.

Manchester’s integral role in the development of space suit design will be explored in a display charting the innovations that helped to protect the first astronauts to walk on the moon. 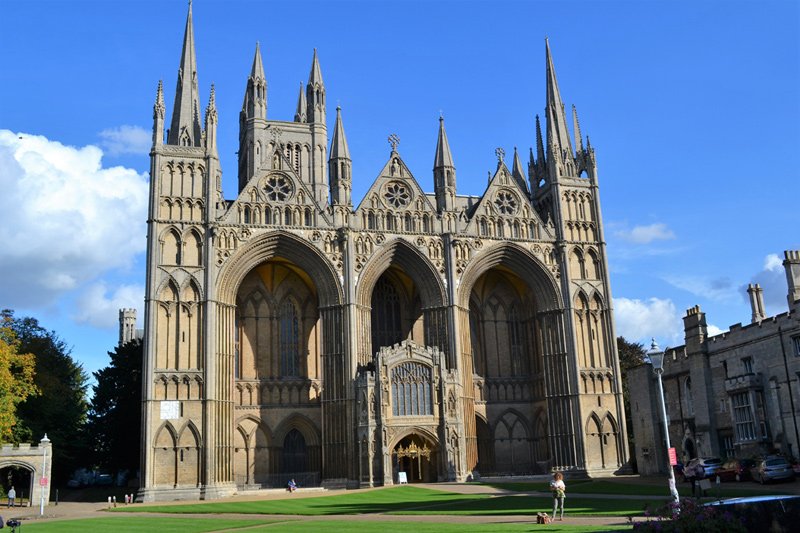 Peterborough Cathedral was selected from a five-strong shortlist by an expert panel and hopes to attract tens of thousands of visitors during the spacecraft's visit. It will host its stage of the national tour between August and November 2018, coinciding with its 900th anniversary celebrations this year. The tour will then continue on to National Museum Wales in Cardiff and Ulster Museum in Belfast.

“I’m particularly happy that people up and down the UK now have the opportunity to discover more about my Principia mission and space travel, and that the Science Museum Group—with the support of Samsung—are doing so much to inspire the public and schools in this tour.”

“It is rare to see the star objects in Britain’s great museum collections touring the length and breadth of the country. It is even rarer to see a spacecraft in a cathedral. I am extremely pleased that thousands of people from all around the diocese of Peterborough will have the chance to see this extraordinary artefact of recent space history on their doorstep, and I cannot wait to see the Soyuz take the cathedral’s 900th birthday celebrations out of this world when it arrives in August.”

Sally MacDonald, Director of the Museum of Science and Industry, said:

“I am delighted that Tim Peake’s Sokol space suit is to go on display here in Manchester in its first public appearance following its acquisition by the Science Museum Group alongside the awe-inspiring Soyuz space capsule. Manchester has a long history of technical innovation, and our unsung hero inventors played a significant role in putting a man on the moon, so I feel it is particularly fitting that we are the first venue for the suit’s tour.”

“It’s incredible that through our partnership with the Science Museum Group we’ve brought Tim Peake’s Soyuz capsule and our VR lounge to its fourth city, now with the introduction of the Sokol spacesuit. We’re thrilled with the competition outcome, and excited to see how Peterborough Cathedral will bring to life space travel in a venue that you wouldn’t ordinarily expect to see an exhibition like this in.”

The Soyuz space capsule and Sokol space suit will be on display at the Museum of Science and Industry until Sunday 13 May 2018. A special, space-themed late event for over-18s only will take place on Wednesday 14 March 2018.

Soyuz TMA-19M was acquired for the nation by the Science Museum Group in December 2016 and is the first flown human rated spacecraft in the UK’s national space technology collection. Space Descent VR, the stunning virtual reality journey voiced by Tim Peake himself, will accompany the touring exhibition and enable people all over the UK to experience in first-person the high-speed descent to Earth from the International Space Station. The full tour venues and dates are:

Tim Peake's spacecraft—complete with its 25-metre parachute—is free to visit at all venues, and Space Descent VR with Tim Peake will be available to visitors aged 13 and over for £5/£6. The tour will be accompanied by an outreach programme to engage young people in schools with potential futures in STEM subjects.

The Sokol suit is worn by all cosmonauts during the launch of their mission into space and again during their return to Earth. The suit is connected to the spacecraft’s life support systems and provides approximately two hours of oxygen and carbon dioxide removal in the event of a cabin depressurisation. The suit is tailored to fit the individual cosmonaut.

The Museum of Science and Industry, part of the Science Museum Group, tells the story of where science met industry and the modern world began. Manchester was one of the first global industrial cities, and its epic rise, decline and resurrection has been echoed in countless other cities around the world.

From textiles to computers, the objects and documents held in the museum’s collection tell stories of everyday life over the last 200 years, from light bulbs to locomotives. The museum's mission is to inspire all its visitors, including future scientists and inventors, with the story of how ideas can change the world, from the industrial revolution to today and beyond.

About the Science Museum Group

We are the world's leading group of science museums, welcoming over five million visitors each year to five sites: the Science Museum in London; the National Railway Museum in York; the Museum of Science and Industry in Manchester; the National Science and Media Museum in Bradford; and Locomotion in Shildon. We share the stories of innovations and people that shaped our world and are transforming the future, constantly reinterpreting our astonishingly diverse collection spanning science, technology, engineering, mathematics and medicine.

Standout objects include the record-breaking locomotive Flying Scotsman, Richard Arkwright’s textile machinery, Alan Turing’s Pilot ACE computer and the earliest surviving recording of British television. Our mission is to inspire futures—igniting curiosity among people of all ages and backgrounds. Each year, our museums attract more than 600,000 visits by education groups, while our touring exhibition programme brings our creativity and scholarship to audiences across the globe. More information can be found at group.sciencemuseum.org.uk.

Peterborough Cathedral is widely considered to be one of England’s finest Norman buildings. As well as being a centre of Christian mission it is also an icon for the fast-growing, multi-cultural city that surrounds it. Visitors come from far afield to see the burial place of two Tudor Queens - Henry VIII’s first wife Katharine of Aragon, and Mary Queen of Scots who was later reinterred at Westminster Abbey.

Amongst more recent memorials in the Cathedral is one presented by the British Astronomical Association to George Eric Deacon Alcock MBE. This remarkable local amateur astronomer discovered five comets and five novas and was described by Patrick Moore as “one of the best and most dedicated comet and nova-hunters of all time.” Bringing the Soyuz Spacecraft to the Cathedral will help to inspire a new generation to discover that passion for our solar system.