The Josh Award is the UK's national award in STEM communication and as part of this, Eva will create a special event for this year's Manchester Science Festival exploring humans' relationship with food and how we feed ourselves, our families and our communities.

Eva said: "I am so pleased that the panel like my idea and I am really looking forward to working with the community to bring it to life." 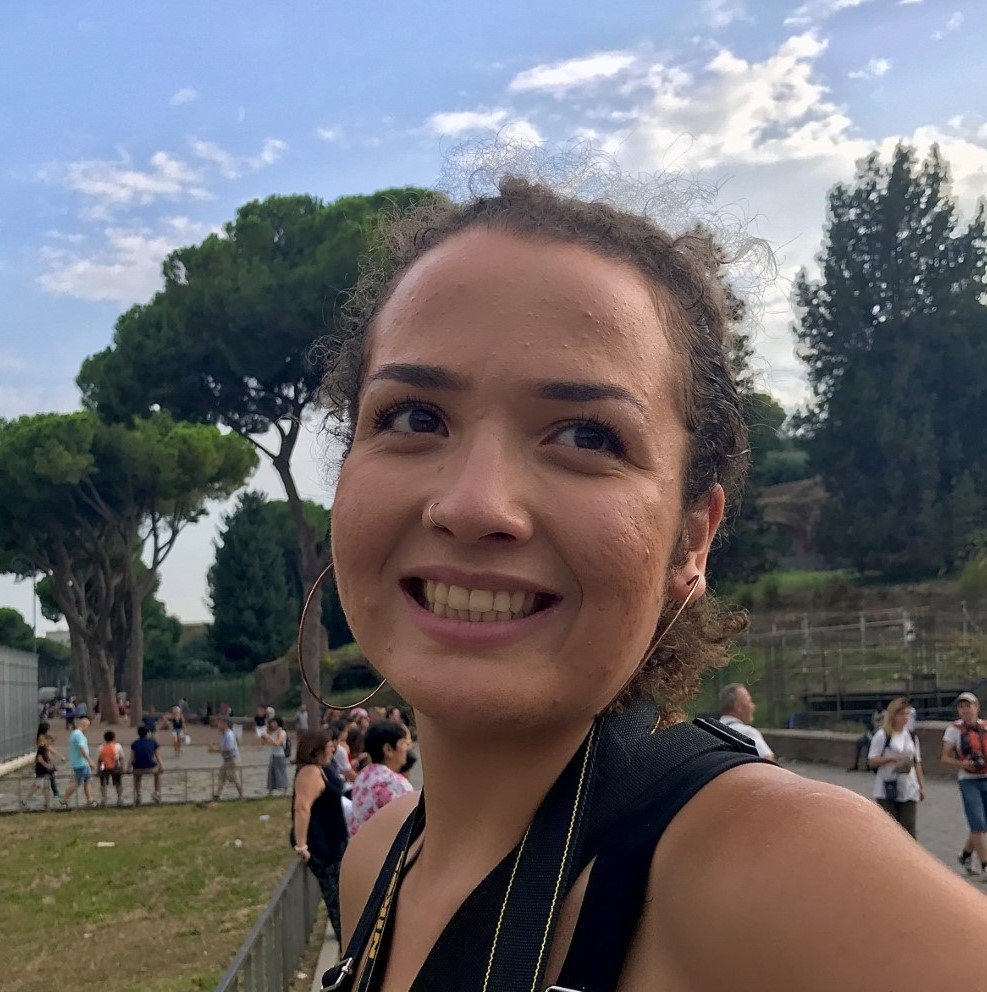 My passion for science stems from a natural curiosity about the patterns I observed in the world around me. I am motivated to study and share my passion for science as I believe thinking scientifically is an empowering tool for communities to improve their health and the health of the planet.

Growing up in East London during the 2012 Olympic legacy, there was a big focus on studying sport and business and there were not many local science activities or role models that looked and sounded like me in STEM. However, I was inspired by my GCSE science teacher, who encouraged me to further study Biology and Chemistry at A Level.

I now live in Sheffield after finishing my Biology degree at the University of Sheffield. I work for Brightbox Makerspace, a social enterprise that works across South Yorkshire to break down barriers to the creative, tech and engineering industries through community and youth-led training and workshops. This is a rewarding role for me as I am passionate about improving access to spaces and activities that spark our imagination, spirit and creativity—particularly the life sciences, which I've experienced to be overwhelmingly white and middle class. Like the rest of the team I am also a firm believer that learning should be exploratory, playful and fun.

Throughout my personal life and academic career, I have become increasingly determined to improve awareness of the magic that communities create when they grow their own food. Community allotments and green spaces are powerful tools to improve our wellbeing and connect with nature and I believe the mental, physical and emotional benefits of horticulture should be accessible to all.

About the Josh Award

The Josh Award is a national prize for early-career science communicators who are passionate about continuing to work in this field in the future, including students, volunteers, researchers or creatives. It has been run in conjunction with Manchester Science Festival since 2007.

As well as recognising the achievement of talented individuals, the award is a long-term project that offers the opportunity for winners to deliver an activity at Manchester Science Festival, develop their communication skills and gain access to professional networks.

The award is inspired by and named in memory of Josh Phillips, who was the first Science Communication Officer at the Science and Industry Museum and proposed the first Manchester Science Festival. Josh was also the Chair of BIG, the UK's premier science communicators network, at the time of his passing.

The Josh award has given me some amazing opportunities in science outreach... [it] has allowed me to steer my science engagement career in the direction that I want and has opened up countless opportunities to me.

Winning the Josh award was a great opportunity to promote myself and boost my profile, and it was wonderful to do a big project and give many people the chance to interact with maths at the science festival... It was huge fun, and wonderful to honour Josh's memory by continuing his tradition of sharing a love of science!

The 2020 Josh Award winner was Charlotte Hale-Smith, a dance-theatre artist, educator and the founder of FLUX Dance.

Charlotte fuses her creativity and experience in the arts with her passion for science to create innovative science engagement methods, combining STEM topics with dance, movement and games.

The winning proposal, Ceto: My Plastic Ocean, told the story of the ecological crisis caused by plastic and what we can do about it. Through the creation of a 'Queen of the Sea' walkabout act and a family-friendly workshop combining performing arts with material and environmental science, Charlotte discussed the impact that plastic waste has on our environment.

Ceto: My Plastic Ocean was presented at the Science and Industry Museum as a family-friendly activity in late 2021.

The selection panel was thrilled to award this year's prize to Charlotte in recognition of her innovative approach to science communication and dedication to creating inclusive and fun opportunities for science engagement.

The 2019 Josh Award was won by Frederike Gerstner and Ben Nicholson, who brought their show The Juggling of Science to the museum for our October half-term holiday programme.

The show combines Fred's experience of performing and choreographing juggling shows with Ben's background of engineering, using the technical juggling training of both performers. It contains topics studied as part of the secondary school syllabus, using juggling and a voiceover soundtrack to visually illustrate scientific ideas. Ben and Fred juggle balls and rings to show atoms and molecules. There’s even a section on the upcoming and eco-friendly technology of the hydrogen fuel cell.

Read Ben and Fred's post on the museum blog to find out more.

Mat started communicating science during his PhD at Cardiff University, developing various VR and AR platforms to do so. His Josh Award project used tactile and interactive activities, designed to be suitable for use by people with visual impairments, to describe astrophysics.

"The Josh Award has given me some amazing opportunities in science outreach. I have been able to continue my project, to engage with visually impaired audiences around astronomy through working with local visual impairment organisations and charities. I've been able to further improve the resources and how I deliver them, whilst I hope to continue to expand the scope of the project.

"Additionally, working with the team at Manchester Science Festival has given me the confidence to restart Cardiff Science Festival, something that I have wanted to do for a number of years. I am proud to now be the director of the festival, which reaches over 10,000 people annually through STEM events, using the knowledge that I gained from working with the festival team. The Josh Award has allowed me to steer my science engagement career in the direction that I want and has opened up countless opportunities to me."

In 2017, science rapper Jon Chase won the Josh Award. Jon is a BBC Bitesize science presenter and has produced science raps for the BBC, Channel 4 Learning and NASA, amongst others. He is also an author, having recently co-written a book about the science of Star Wars, as well as a soon-to-be-released book on the science of Harry Potter.

His event, Hip Hop Science Stop Weekender, brought street and urban science to life with visitors getting hands-on with graffiti walls and turntables. He put on special performances for families, featuring a selection of his own raps and showcased science raps from around the globe. Visitors also learned how they could use everyday objects and waste materials such as straws, paper and string to do simple science experiments at home.

She turned the museum into a giant hand-made, crowd-sourced image during the festival. Her winning application had visitors helping to colour thousands of individual 'pixels' that would make up a picture in one of the museum's windows, representing how digital devices such as computers, tablets and phones display images.

The project also looked at the mathematics behind how devices store images as a series of numbers that create the different colours on screen. There was also a close-up look at the pixels in phone screens, and a photo booth that transformed visitors into an Excel spreadsheet of colour values.

"Winning the Josh Award was a great opportunity to promote myself and boost my profile, and it was wonderful to do a big project and give many people the chance to interact with maths at the festival.

"It's great that up-and-coming science communicators can showcase what they're doing and get a boost of awareness through this award, and attending the BIG event puts you in front of the whole science communication community, providing a ready-made support network and contacts. It was huge fun, and wonderful to honour Josh's memory by continuing his tradition of sharing a love of science!"

In 2015, Andy Miah brought a drone expo to the museum. The Revolution Manchester gallery was taken over as a fly zone for drones. People had a go at flying a drone to see how they actually fly and found out more about what drones can be used for.

Andy Miah is the chair of science communication at the University of Salford.