James Prescott Joule (1818–89) is now rightly revered as one of the greatest scientists in the history of physics, due to his groundbreaking work in thermodynamics. However, this was not always the case—in his younger years, Joule struggled to be taken seriously by the scientific establishment.

Who was James Joule?

Born in Salford in 1818, James Prescott Joule was the son of a renowned local brewer and grew up fascinated by all things scientific. He became particularly interested in electricity and was fortunate enough to be tutored by John Dalton, one of the leading chemists of the day and a pioneer of atomic theory.

This expert tutelage, combined with Joule's personal obsession and some brewing know-how (as well as access to some specialised beer-making equipment) would ultimately lead to one of the most ground-breaking (and at the time, controversial) discoveries in the history of science: that heat is a form of energy.

In 1837 Joule followed in his father's footsteps and became the manager of the family brewery; however, his fascination with and passion for science and experimentation continued in parallel with his day job. He continued carrying out experiments at home with the intention of finding out if it would be more efficient to power the brewery using an electric battery than the steam power that was traditionally used.

In 1841 he discovered what became known as Joule's First Law. This defined the relationship between the amount of heat produced and the current flowing through a conductor.

Resistance from the establishment

At this time, things seemed to be going well for Joule; he was still an amateur scientist but had been accepted as a member of the London Electrical Society. However, following the acceptance of Joule's First Law, he decided to look into the wider question of how much work can be extracted from a given source and soon found that the scientific establishment was strongly opposed to his ideas.

Joule's experiments showed that heat could be generated by an electric current; however, this went against the prevailing theory of the time, known as the caloric theory.

In 1843 Joule presented his results to a meeting of the British Association for the Advancement of Science, in Cambridge, but contemporary anecdotes claim that he was met by a stony silence.

Undeterred, he continued his experiments. In 1844, believing he had compelling evidence, he submitted his paper to the most prestigious scientific group of all, the Royal Society… who refused to publish his work.

Why were people slow to believe in him?

The accepted theory of the time, caloric theory, considered heat to be a material—a type of fluid that flowed from warmer to cooler bodies—while Joule's ideas posited that heat was a form of molecular motion and that it would continue without dying out.

However, the very existence of atoms and molecules was not widely accepted until much later in the century. The atomic theory pioneered by John Dalton may seem inarguable to us now, but at the time that it was first suggested it was deeply controversial.

Joule's theory was a huge step for the scientists of the day to take; simply too huge for many of them.

(It was later found that Joule's rejection of caloric theory went too far, and later scientific theories, including those put forward by Lord Kelvin, sought to find ways to unify the two seemingly contradictory theories).

Another reason many of Joule's contemporaries were quick to reject his theories was because they simply didn't believe that he could carry out his experiments with the level of accuracy that he claimed. Joule said he could measure temperatures to within 1/200 of a degree Fahrenheit, something that was simply unthinkable with the majority of scientific equipment available at the time.

However, Joule had two secret weapons. One was his background as a brewer, which meant he had ways to measure much more precisely, as the finely tuned measurement of temperatures is critical to the brewing process. The other was John Benjamin Dancer, an exceptionally talented instrument-maker who created custom equipment for him (featured in more detail below).

Some of Joule's belongings are currently on display in our exhibition Electricity: The spark of life, while others are held in the wider Science Museum Group collection:

In 1845 Joule successfully published his paper in a less prestigious publication, the Philosophical Magazine. He also presented his most famous paper, On The Mechanical Equivalent of Heat, to the British Association in Cambridge. Despite the establishment's indifference to his ideas, it was enough to bring him to the attention of scientists including Michael Faraday and William Thompson—later Lord Kelvin—and Joule's fortunes began to turn.

John Dalton was a true polymath who at the age of 15 was helping run a Quaker boarding school in Kendal where he taught everything from ancient Greek to hydraulics, alongside his brother Jonathan. An enthusiastic experimenter, he later turned his full attention to science and in 1808 put forward a new and deeply controversial idea: that chemical elements were made up of something called atoms and that the same atoms could be rearranged differently to form new substances. Dalton was one of Joule's earliest tutors in Manchester.

Born to a poor family and originally apprenticed to a bookbinder, Michael Faraday went on to become one of the foremost scientists of his generation. Among his many notable achievements was his work on electricity and magnetism, which led to the first electric dynamo and also a greater understanding of the fundamental nature of electricity.

Alongside his work on electricity, Faraday investigated air pollution, invented a precursor to the Bunsen burner, and was a vocal critic of mesmerism and seances. Faraday was a supporter of Joule and in 1850 wrote a letter supporting the publication of his paper on the mechanical equivalent of heat.

Belfast-born Lord Kelvin, formerly William Thompson, was the son of a professor and attended Cambridge University, where his original research caused one esteemed examiner to comment to another that they were 'just about fit to mend his pens'. An incredible inventor and mathematician himself, who had a unit of temperature named in his honour, Kelvin was a champion of theories and ideas spurned by the somewhat old-fashioned British scientific community.

After seeing Joule present at the British Association for the Advancement of Science in 1847 he became interested in the Mancunian's ideas and the pair wrote to each other regularly between 1852 and 1856. Kelvin reconciled Joule's ideas with those of Carnot, a follower of the caloric theory, to define the second law of thermodynamics.

Dancer was Joule's 'secret weapon' as a scientific instrument maker who could create exceptionally accurate devices. Dancer was better known as the inventor of microphotography—that is, shrinking images down to tiny sizes. The practice was used during the Franco-Prussian war of 1870–71 to transport important documents out of Paris attached to the wings of pigeons during the siege of the city. He was also the first person to take a photograph of Manchester, taking a daguerreotype from the top of the Royal Exchange in 1842.

Dancer was one of the greatest inventors of his time, but unfortunately for him he rarely took out patents on his inventions, leaving him very poor in his old age. James Joule was a principal signatory of a letter to the Manchester Courier calling for a committee to be formed in order to collect subscriptions to pay Dancer an annuity.

See objects made by Dancer in the Science Museum Group collection

In 1847 Joule once again presented his ideas, this time to the British Association at Oxford, which was attended by both Faraday and Kelvin. Eventually his ideas would become the cornerstone of one of the most fundamental scientific laws ever discovered, the First Law of Thermodynamics.

Joule's revenge was indeed sweet: in 1850, he was made a fellow of the Royal Society, in 1852 he was awarded the Royal Medal, and in 1872 he was named President of the British Association for the Advancement of Science, the same group that had rejected his ideas back in 1843. 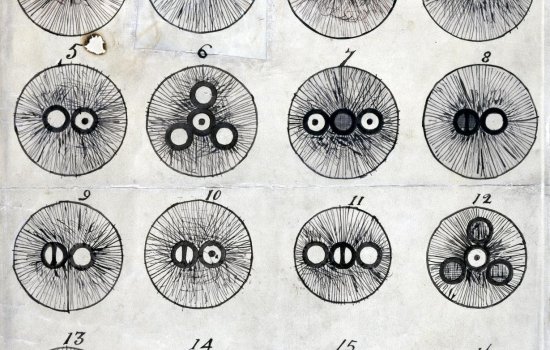 John Dalton was a Manchester-based scientist whose pioneering work greatly advanced our understanding in multiple fields of research, including atomic theory, colour blindness and meteorology. 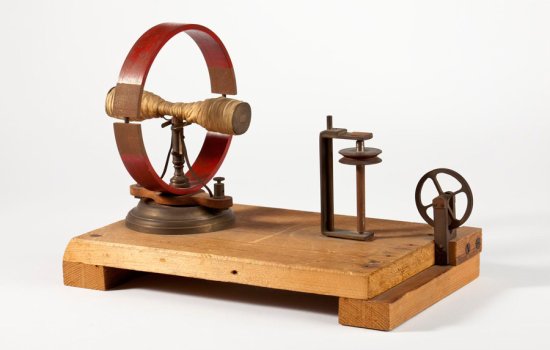 Browse our Scientific Instruments collection, containing objects responsible for some of the greatest scientific discoveries in history. 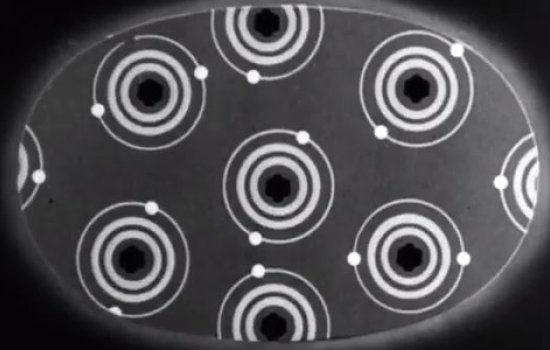 The Journal presents the global research community with peer-reviewed papers relevant to the work of the Science Museum Group.