The Power Hall at the Science and Industry Museum—one of the most beloved industrial heritage galleries in the country—is currently in the process of being restored to full working condition.

You can read more about the £6m DCMS-funded renovation on our blog, and until the gallery re-opens in 2021, this page will be updated regularly with Power Hall news, stories from behind the scenes and other exciting updates about the project.

The history of the Power Hall

The Power Hall is undoubtedly one of our star attractions, and has housed some of our most popular collection items over the years. The building itself has an incredibly rich history, and has long been an integral part of both the museum and the Liverpool Road railway site.

The shipping shed was built in 1856 by the London and North Western Railway as a railway goods transhipment shed for Liverpool Road Station, which had been operating as a goods station since 1844. The purpose of the building was to quickly move goods from train wagons onto horse-drawn carts for distribution around the city.

For nearly 150 years, Liverpool Road Station was bursting with produce from all over the world, providing Manchester’s manufacturers access to a global market. This photo, found in the Railway Museum archives, shows the shed as a hive of activity in 1934:

Have you ever noticed the big metal structure outside the Power Hall? This is a gantry structure for powered cranes to move along. Designed to move heavy goods from one wagon or cart to another, the addition of the crane gantry shows how new technology was adopted to help cope with increasing demand at this busy goods station. The exact date of the crane gantry is unknown, but from maps, we know it was in place by 1881 and it was likely to have been erected shortly after the building of the Great Western Warehouse, now known as the New Warehouse and home to our main entrance, in 1880. This photograph shows how the gantry looked in 1982, seven years after the goods station closed.

Liverpool Road Station was closed by British Rail in 1975, having transported passengers and goods for an incredible 145 years. After closure, the site deteriorated, and the shipping shed became derelict. Here it is just three years later, in 1978, but its luck was about to change:

The Great Railway Exposition in 1980 was a huge celebration of the 150th anniversary of Liverpool Road Station, and festivities focused on the shipping shed where many historic locomotives were brought together. The event signalled a new era for the site as a heritage destination.

Over the next three years, the derelict shipping shed was transformed into the Power Hall of the North Western Museum of Science and Industry.

As well as structural renovation works, other modifications were made to the Power Hall, such as the addition of strong concrete bases for the working engines that would soon go on display, and smooth paths for museum visitors to explore the displays. Here are a few images of the transformation in progress over 1982 and 1983:

In 1983, the Power Hall opened to the public, and became the first and one of the best-loved galleries in the museum. Home to a stunning collection of working engines, the Power Hall became a Manchester institution. It’s always been a very sensory experience. The clank and churn of engines, the hypnotic motion of a piston, the hiss of steam and the smell of oil often trigger fond memories for visitors who sometimes first visited the Power Hall as a child. The grand scale and brick walls of the shipping shed that houses the gallery have always been a distinctive part of the Power Hall experience.

Technical issues in 2017 meant that we lost steam and through numerous surveys, the Science Museum Group found structural issues within the fabric of the building that meant the whole gallery had to be closed to the public in April 2019.

However, later in the year we received the fantastic £6 million grant from DCMS, which will enable us to renovate the shipping shed, get our wonderful engines back in steam and reinterpret the gallery to create a fresh visitor experience. The work is no ‘quick fix’ though. The project comes with its own set of challenges for our team, whose work over the next two years will include everything from restoring the building and making the space and the machines more sustainable, to how to talk about a particular engine and what colour any fences will be.

Our vision for this gallery is not only to renovate the building and get steam up and running again but to put people at its centre. It will tell the story of not only the engineering innovations on display but the men and women who worked with these engines every day; running whole factories, pulling trains across India, or kneading bread in a local bakery.

The place will still be full of the engines and locomotives visitors know and love, springing back to life with all the noise and smells of the original shipping shed and the gallery the Liverpool Road Station Society and the Friends of the museum helped set up, but with new perspectives and human stories intertwined.

Power Hall: we need your help!

Do you have an interesting story to tell about one of our working standing engines? If so, then we would love to hear from you to help us with our new Power Hall interpretation. 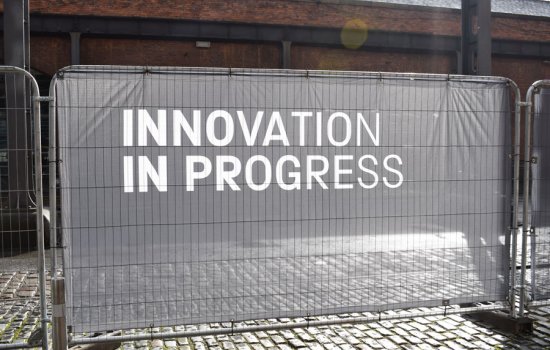 If you are coming to visit us over the next few months, you’re going to notice a lot of changes around the site and especially around the Power Hall building. Our second update looks at another milestone for the restoration of this iconic gallery. 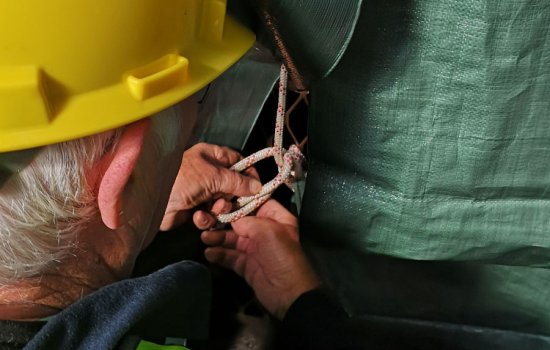 While the Power Hall may be closed to the public, this doesn't mean our team aren't hard at work preparing the building for its major renovations starting this Autumn.

Head over to our blog to find out more about the history of the Power Hall, the work being carried out and our future plans for the gallery.

Related stories from our collection 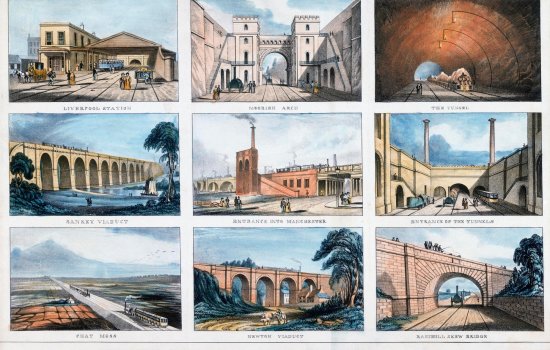 First in the world: the making of the Liverpool and Manchester Railway

The Liverpool and Manchester Railway was the world's first steam powered, inter-urban railway designed to transport both passengers and goods. Its Manchester terminus was Liverpool Road Station, now home to the Science and Industry Museum. 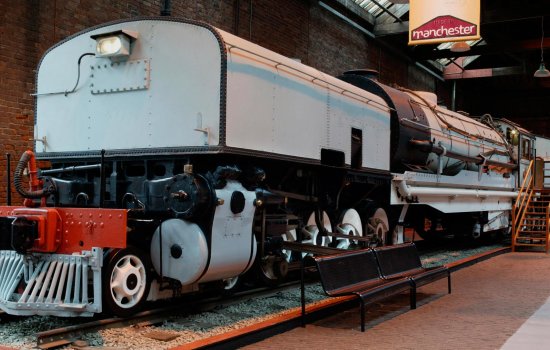 In the second half of the 19th century, the rail network was expanding rapidly in the UK and around the world. The increasing demand for locomotive engines combined with innovative designs assured the success of Manchester company Beyer, Peacock & Co. Ltd. 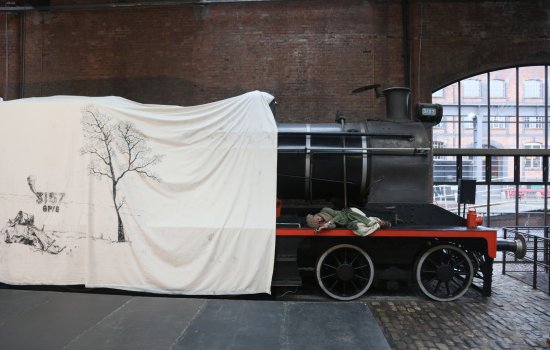 Find out about the connection between our collection and the Partition of India, and how we commemorated its 70th anniversary. 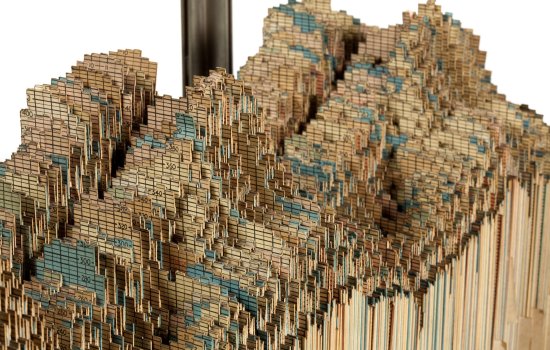 Trace the development of methods and equipment for harnessing and delivering electricity, through objects reflecting the growth of the British electricity supply industry. 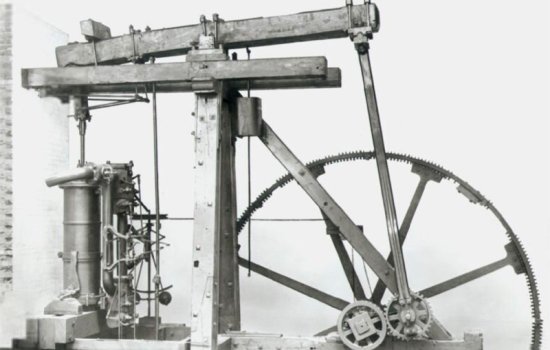 Find out more about the engines and other machines that drove the Industrial Revolution and more. 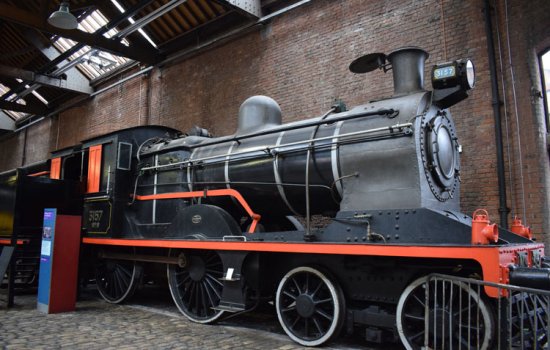 These internationally significant objects reveal how goods and people have moved on the rails over the last 200 years. Discover everyday working locomotives, resplendent royal carriages and railway vehicles from around the globe.